Five(rr) Will Get You Ten, Pt. III 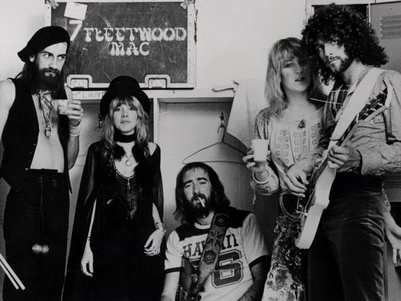 Here’s Part III of my series where I interviewed a group of Fiverr voiceover actors, which wraps everything up.

First off, I’d like to thank all of the Fiver voice actors who were so willing to answer my questions. I really did think I’d run into a secret society that wouldn’t be willing to fraternize with an outsider, but what I got was the total opposite. For that, I am appreciative.

Going into this, not only did I look at Fiverr as a curse rather than a blessing, but I looked down on Fiverr voice talent, thinking to myself, “Why in the world would anyone work for five dollars (four dollars after you factor in commission)? Are these people that amateurish that they would be willing to work for pennies? Don’t they realize that they are devaluing the voiceover industry, and making things harder for all of us (themselves included)?”

But you know what? I was wrong. Well, kind of.

Whether Fiverr is a bad thing for the world of freelance as a whole is up for debate. When looking just at the world of voice acting though, I now think that Fiverr has its place. Not every voice seeker can afford the rate that I charge a client- the fact that there are voice actors out there willing to work for these clients isn’t the worst thing in the world. Furthermore, every client- whether it’s a five dollar or a five-thousand dollar one- presents an opportunity for networking. Fiverr talent get to network with a great number of people, and as mentioned by more than one Fiverr VO, that networking has led to jobs that are way more lucrative than five dollars.

Times are indeed changing. Technology has been both a blessing and a curse to the voiceover industry, and I can’t fault any voice actor who has had the foresight to utilize Fiverr in a way that makes them a steady income. It isn’t easy (as demonstrated by the fact that these talent are spending upwards of 8 hours per day just on Fiverr), and whether you like them or hate them, you have to admit that it’s pretty impressive. That kind of work ethic cannot be ignored.

That being said, Fiverr is not for me. No matter how many ways I look at it, I just can’t stomach the idea of working a job for five dollars. The amount of work I put into every job that I do, coupled with my level of training & pro setup- it just isn’t worth it to me. I’m positioning myself in a particular way in this industry, and Fiverr doesn’t fit my plan.

But that’s just me.

To those who think that Fiverr devalues the voiceover industry as a whole, I point to this article by Steven Jay Cohen, who recounts a conversation with a friend in the advertising agency. The convo basically details why those of us who do not use Fiverr don’t need to feel threatened by the service.

I’m happy to come out of these last few weeks with a new look on Fiverr in the VO industry. Before, I was running the other way; Now I’m just sort of walking away briskly. Before, I looked at Fiverr VO talent as a leper society that I needed to avoid; Now I see that Fiverr VO talent are just like me, fighting the good fight in their own way. There are plenty of opportunities for all of us, and whether we peddle our wares on Fiverr, Tenerr, or Hundrederr, if we take the business seriously & put in the work, then we can all find a place to stake our claim.

4 Comments on Five(rr) Will Get You Ten, Pt. III